Share a memory
Obituary & Services
Tribute Wall
Read more about the life story of Arthur and share your memory.

Arthur Francis Lightbourn, 88yo, of Gibson’s, B.C, peacefully passed away on December 27th, 2022, after a long adventure filled life. Arthur lived with Parkinson’s Disease but never let it define him or what he would do in life. One of the kindest souls on this planet, Arthur was a gentle man with a spirit for adventure in everything in life - big and small. He faced every challenge in life with admirable strength and courage. He approached every person with curiosity and was able to see the joy and humour in even what might be seen as the worst moments in life. He will be deeply missed by all who knew him.

Born in New York City, NY to Arthur Frank Lightbourn and Catherine Lightbourn nee Horgan, Arthur was a good Catholic boy who spend his formative years riding the trolley and subways for “free!” He loved his New York City roots but landed on the east coast of Canada for his post-secondary studies after deciding that seminary school and the Priesthood would not be his path.

After graduating with a B.A. in English from St. Francis Xavier University in Antigonish Nova Scotia Arthur met his first wife Shirley Joan Butler. They packed up and headed to California to start their family and Arthur’s career in journalism.

Arthur was fiercely passionate and curious about people and their stories right from the start and landed his first job as a reporter at a local newspaper in Bakersfield, California.

Arthur and Shirley had 3 of their 4 children – Leslie Joan, Gregory Stuart, Laurel Ann - while living in Bakersfield. Lisa Eileen was born after returning to live in Canada.

He remarried twice after Shirley. Arthur always said he LOVED being married! He lived with last wife, Diane Dessaint de Saint-Pierre in both B.C and Southern California. They shared a love for art, fine conversation, food and people. She lovingly cared for him many years after his Parkinson’s diagnosis.

He spent most of his retirement continuing to write with a focus on feature articles and personality profiles in community newspapers in the San Diego area, and his final book, Vita, was written on the Sunshine Coast.

The surviving family is very grateful for and would like to thank the staff and residence of Christenson Village. Arthur truly appreciated all the love and support he received there. Also, to Dr, McDowell, the Nurses, the Physio Team and the Care Aides of St. Mary’s Hospital in Sechelt, your kindness and support meant the world to our father.

His goal was to live to 107 years of age which says a lot about his “Joie de vivre” (love for life).

The Sunshine Coast, he said, was his favorite of all places he had ever lived! Arthur was loved and will be greatly missed by all his children, grandchildren & greatgrandchildren.

There will be no services at this time. The family will have their own private celebrations of life to honour Arthur.

Arthur Francis Lightbourn June 14, 1934 - December 27, 2022. “On The Road Again…” was one of our father’s favourite songs. It spoke to his sense of adventure. We hope that he’s on his grandest adventure yet!

We love you Dad.

To send flowers to the family or plant a tree in memory of Arthur Francis Lightbourn, please visit our floral store. 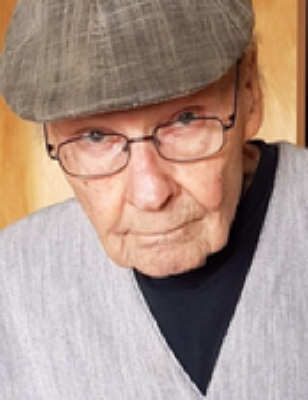 You can still show your support by sending flowers directly to the family, or by planting a memorial tree in the memory of Arthur Francis Lightbourn
SHARE OBITUARY
© 2023 Devlin Funeral Home. All Rights Reserved. Funeral Home website by CFS & TA | Terms of Use | Privacy Policy | Accessibility