Share a memory
Obituary & Services
Tribute Wall
Read more about the life story of John and share your memory.

We are so sad to announce the passing of John on December 30, 2022 at the age of 79 with his daughter Sheryl and his son Michael and his wife Sue by his side after a long struggle with dementia related conditions..

John was born in Victoria, B.C. on August 25, 1943, He was the son of Loyd and Sheila Elsdon. They relocated to Kitsilano (A Vancouver. B.C. Neighbourhood) several years later.
He attended Lord Byng Secondary and Kitsilano High Schools.
Upon graduation he joined the Canadian Navy and served from 1962-1965 and after he was discharged he traveled much of Mexico and Central America.
A year later, he began to work for the B.C. Telephone Company (now Telus) and married Susan Whitmell in 1973.
John and Sue welcomed their son Michael James into the world in 1975 and the following year he was transferred to Pender Harbour,B.C..
He would spend the next  23 years as the Harbour's only telephone repair man and was an instrumental part of the Egmont area receiving phone service for the first time.
John and Sue welcomed Sheryl Anne the summer of 1978.
He raised his family on the oceanfront across the harbour from the government dock in Madeira Park, B.C..
John retired in 1999 and he and Sue spent six months a year in Mazatlan, Mexico for the next 21 years.
John was well known for his affectionate teases, quick wit, and humour. He was generous to all and known for going above and beyond to lend a hand to those in need. In Mazatlan, it was impossible for him to go anywhere in the city without being recognized and approached by both snow-birds and locals alike. His ever present Miniature Pinscher, named Amigo, was just as much of a draw for people as he was.
He is survived by his wife, Sue, son Michael (Rayna), daughter Sheryl (Gary); his grandson Rhys and granddaughters Kharis and Avery.
He was preceded by his sister Brenda and his parents. No public services will be held at this time.

To send flowers to the family or plant a tree in memory of John Elsdon, please visit our floral store. 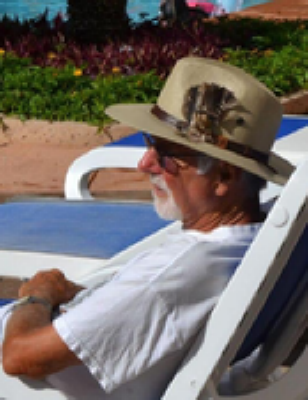 You can still show your support by sending flowers directly to the family, or by planting a memorial tree in the memory of John Elsdon
SHARE OBITUARY
© 2023 Devlin Funeral Home. All Rights Reserved. Funeral Home website by CFS & TA | Terms of Use | Privacy Policy | Accessibility